The Holden Cruze had a short manufacture life between 2011 and 2016 in Australia. They were often the go-to cars for government employees, but production ceased at the South Australian plant in Elizabeth on 7th October 2016, with the 2016 model being replaced in 2017 with the new Holden Astra Hatch.

This review will cover the Australian built model from 2011-2016. Before this, the Cruze was built in the Daewoo factory in South Korea, but we won't consider these here. 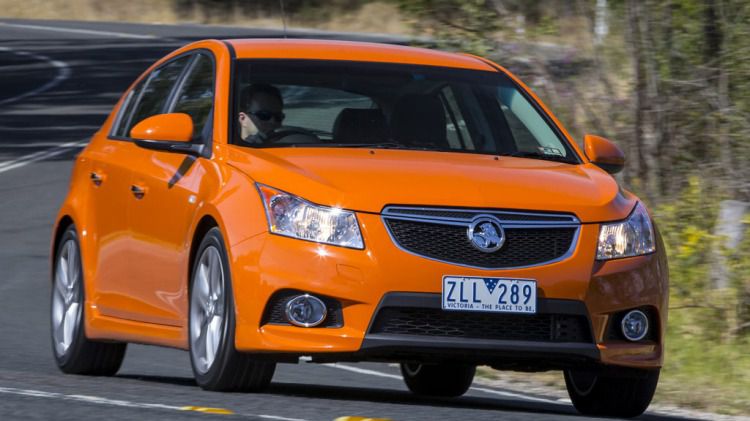 The Holden Cruze is arguably a 'warm hatch', and undeniably a very Australian, nostalgic choice of car. Find out what you can expect if you buy a Holden Cruze or find out more about Holden car loans.

Exterior of the Holden Cruze

Available in Hatch or Sedan, the Holden Cruze comes with automatic headlights, fog lights, and electric heated wing mirrors. Earlier models were available as a wagon.

The styling has remained constant throughout production, with the stately shape typical of the Aussie car simply getting an updated honeycomb grille in newer models. Unlike similar Asian cars, the doors close with a reassuring thud.

Inside the Holden Cruze

Inside you can comfortably seat two adults and three children with enough arm and leg room to wiggle in. Boot space is good too with 413 litres in the hatch, 445 litres in the sedan, and 686 litres in the wagon. The solid floor has tie-down points to secure luggage, and rear seats can fold 60/40 to give extra room. 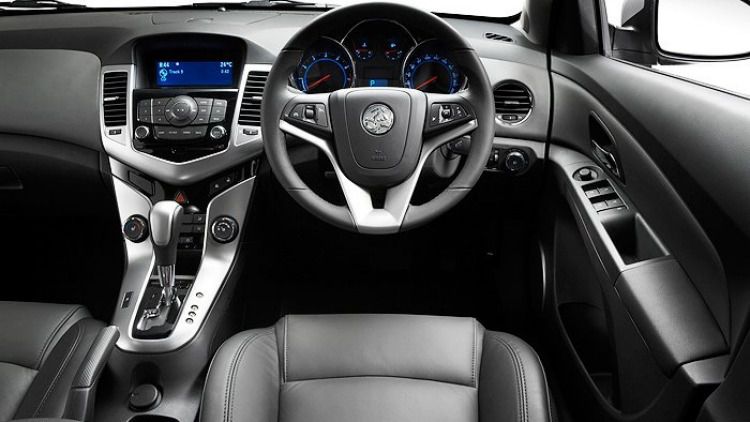 Ergonomically, it's not too bad. Controls for the power windows are intuitive, and it's just functional rather than comfortable, with flat-ish seats and no thoughtful touches found in competitors like a driver's footrest or face-height vents for rear passengers. The SRi-V does have leather trim and heated front seats too.

In 2015, the new automatic start option means you can start the car to get the aircon running and cool the car before you have to get in. On 40 degree days in summer, this feature could prove invaluable, especially if you have young children.

There's Bluetooth connectivity for telephone and audio streaming, accessed through a 7-inch colour touchscreen which also doubles as a reversing camera. Pairing is easy and the app screen is one of the most intuitive to use.

The Holden MyLink infotainment has Pandora and Stitcher internet radio options, and your choice of listening is clearly audible through a six-speaker stereo system.

Cruise control and push-button start add ease for the driver, and handling is great for the class. It's easy to drive in stop-start traffic through the city, yet still reaches 100 kilometres per hour from a standstill in 8.4 seconds. Through the hills, it handles confidently, firm suspension designed on and for Australian roads, and maintaining passenger comfort with a slightly sporty edge. 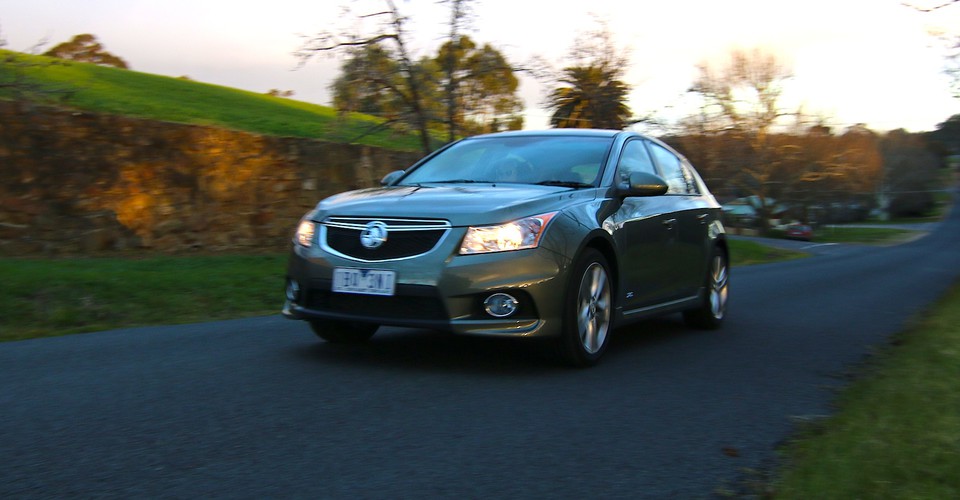 You'll be glad of the reversing camera. Vision through the rear is a bit restricted by the thick C-pillars and slope of the hatch.

Steering could also be improved in most models. It's safe, comfortable and quiet for the most part, making it an appropriate family car.

Who's the Holden Cruze for?

The Holden Cruze is a family car, but also offers performance models for those dedicated to turbo-charged Holdens with a bit of grunt. You'll either love it or hate it - those that love it wouldn't look elsewhere. It's a family car that doubles as a sports sedan, a package you can't get in its competitors.

You can finance a Holden Cruze from $140/week*, get a quick quote to find out exactly what it will cost to own a piece of Australian manufacturing history.

No time to shop around for your car? Just tell us exactly what you want, including the features and colour. We will find the vehicle to match and negotiate the best price for you.