Tesla is a car brand like no other. Sometimes dubbed ‘the iPhone of EV cars’, the popular models are selling in huge numbers.

But the brand isn’t just known for premium electric cars.

Did you know that due to the reshuffling of GM in 2009 and Chrystler being private, Tesla is the second oldest publicly listed American automaker behind Ford?

Tesla vehicles are known for their giant screens, but not so much for what’s hidden within them. Infotainments systems in Teslas are packed with secrets, here are a few:

Games
You can play various video games (when stopped of course) using the steering wheel and foot pedals. Games include Beach Buggy Racing, Missile Command and other arcade classics.

‘Bioweapon Defense Mode’
This setting is for the A/C. It ‘captures fine particulate matter and gaseous pollutants, as well as bacteria, viruses, pollen and mould spores’. It means your vehicle is blowing in clean air regardless of what’s outside.

The surface of Mars
The infotainment system can change the GPS screen to show the surface of Mars (as if you’re driving on the red planet like the Mars rover. It can also show Mario Kart: Rainbow Road.

Sentry Mode
Not really a hidden feature, but a good one. This is for when the car is parked, especially in less-than-reputable areas. It sets the many cameras within a Tesla to monitor its surroundings. These can capture movement and send alerts to owners.

(The interior of a Tesla)

Did you know? Tesla’s famous CEO, Elon Musk, wasn’t the founder of Tesla. That honour goes to Californians, Martin Eberhard and Marc Tarpenning, who were known for their interest in sports cars and, equally as important, their concerns for oil dependence and global warming.

Like many of us, Tesla too has had ups and downs - although now, it’s incredibly ‘up’. Today, Tesla has the highest net value of all car manufacturers at US$773 billion. For comparison, VW Group is listed at US$283 billion and Toyota at US$236 billion.

But that hasn’t always been the case.


In December 2008, the company was close to filing for bankruptcy - something unimaginable today. They managed to raise US$40 million through investment funding to avoid bankruptcy.

That amount, which Tesla once needed to avoid bankruptcy, is today only 0.005% of the company’s net worth.

The very next year, in June 2009, Tesla borrowed US$465 million in loans from the United States Department of Energy. The company repaid the loan in May 2013 - a full nine years earlier than expected.

Tesla goes off the planet:

In February 2018, Tesla made headlines again. Elon Musk’s personal Roadster (that he used for commuting to and from work) was launched into space on SpaceX’s Falcon Heavy rocket.

Tesla’s 2008 electric sports car acted as a dummy payload complete with a mannequin dressed in a spacesuit occupying the driver's seat. The mannequin has been named ‘Starman’.

‘Starman’ and his Roadster represent the first-ever production car launched into space and first to orbit the sun. The Roadster is permanently attached to the Falcon Heavy rocket.

You can track where the Roadster is here.

The mission gained huge public interest and media attention making it another big win for Tesla, SpaceX and Elon Musk.

(High flyer: Starman and his Roadster in space. Source: techcrunch.com)

The Roadster was launched at a car show in San Francisco, the International Auto Show.

Tesla’s enormous lithium-ion battery and the component factory have the largest footprint in the world. ‘Gigafactory 1’, located in Nevada in the US is nearing completion which is due in May this year. Although currently operating at less the full capacity, the goliath factory will soon be energy self-reliant. 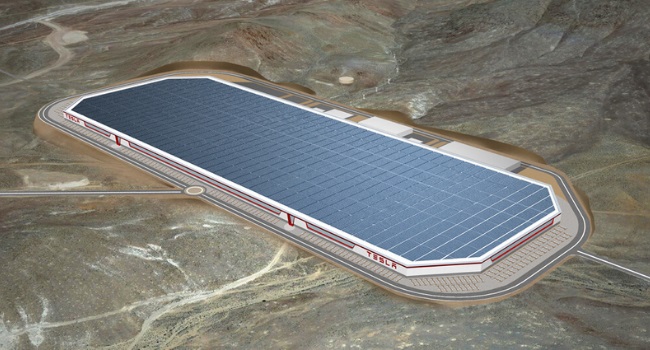 Tesla currently operates and/or is constructing numerous factories with the name ‘Giga’:

Plans for a A$3.1 billion Gigafactory are in the works for one in Townsville, Queensland so stay tuned on that one.

The Tesla Model S P100D is the 3rd fastest accelerating production car in the world, the first being the Porsche 918 Spyder. The P100D’s 0-60 mph time is a lightning 2.28 seconds.

In second place for the ‘fastest accelerating production car’ is another Porsche, the 911 Turbo S - yours for $473,500. Other productions cars the list:

In other words, the Tesla Model S P100D is one of the ‘fastest cheapest’ cars out there.

And, most recently, Elon Musk confirms the purchase of Bitcoin:

Furthermore, the company said it also had plans to accept the cryptocurrency as payment.

The news sent prices for Bitcoin soaring to new highs to over AU$61,000.

It’s speculated that Tesla’s entry into the cryptocurrency market could attract other large firms to do the same - once again signaling Tesla as a ‘first move maker’.

Keep an eye out.

Get into a Tesla

Positive offers competitive rates and simple finance designed to help you get into a Tesla or whatever your next vehicle is.