If you bought a ute last year, you’re one of the many Aussies who contributed to the massive sales of utility vehicles in the Land Down Under for 2019. According to the latest data from the Federal Chamber of Automotive Industries (FCAI), the trusty utes have generated the biggest sales among Australian cars last year. Toyota HiLux, in particular, topped the list of the country’s top-selling cars in 2019.

Here's a rundown of the eight most in-demand vehicles in Australia: 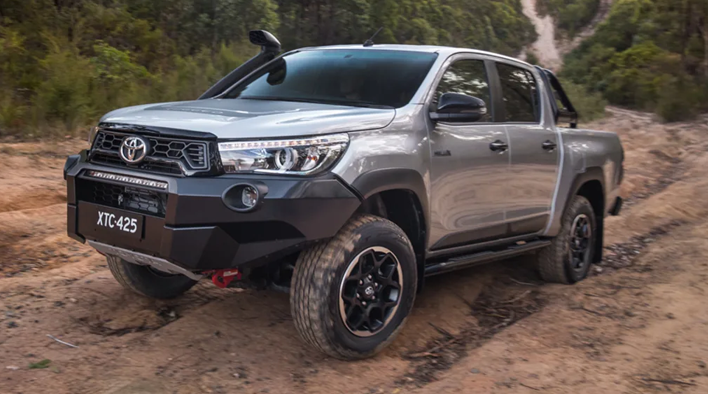 The most popular utility vehicle in the country has sold 12,909 units in April 2019 and almost 3,700 units in November 2019. Its November sales have greatly contributed to the 6,954 sales for 20 per cent market share, which made Toyota the top-selling marque for the month.

This latest record has retained Hilux’s crown as Australia’s most in-demand car for three consecutive years, a trend that many observers connected to the resurgence of the mining industry in the country.

Built for tough work and off-road exploration, the price of this massively popular utility vehicle depends on its range, which typically falls around $28,000 to $68,000. If you’re planning to buy one, you can take advantage of the Toyota Australia 2019 Plate Clearance, which offers discounts for 2019-plated cars, including HiLux models. 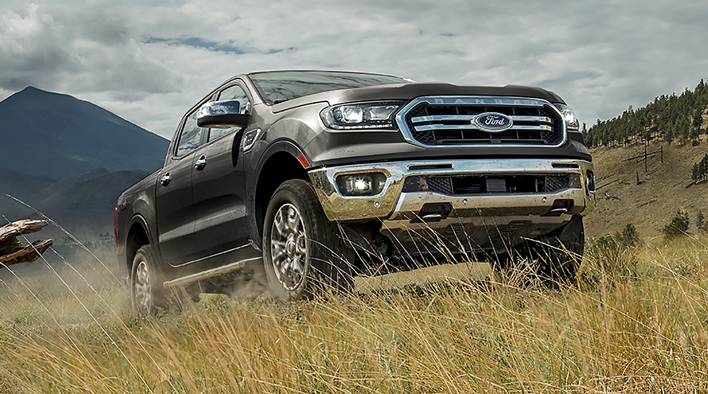 Next in the list of Australia’s top-selling vehicles for 2019 is Ford Ranger, another ute known for its strength and off-roading capability. According to FCAI, the car has sold 9,662 units in April and 3,491 units in November 2019.

Last year, Ford Ranger commanded an average price of around $$55,990. With the arrival of the 2020 model, this would expectedly drop. The American car manufacturing company has now offered discount deals on the 2019 model along with many other Ford 2019-plated cars through its Ford 2019 Plate Clearance. 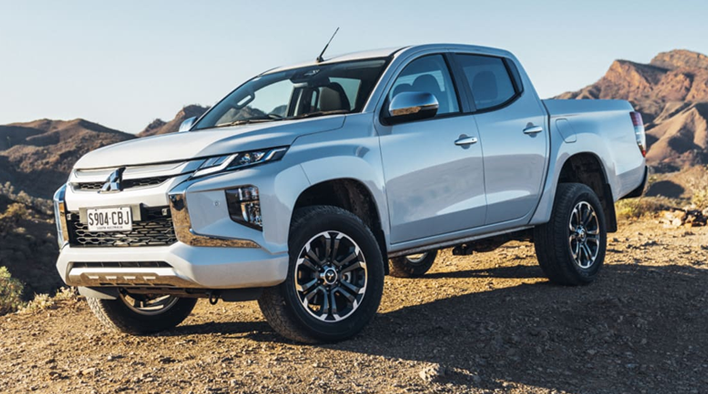 Triton has launched its 2020 model, which featured minor makeovers of rear diff lock to the middle-of-the-range GLX+ and GLS, air-recirculating roof pod (to redirect cool air to back seat passengers) to the GLX+, and a black sports bar rather than an alloy finish, and sensor key with push-button start. The latest model has a price range between $24,990 and $50,290. 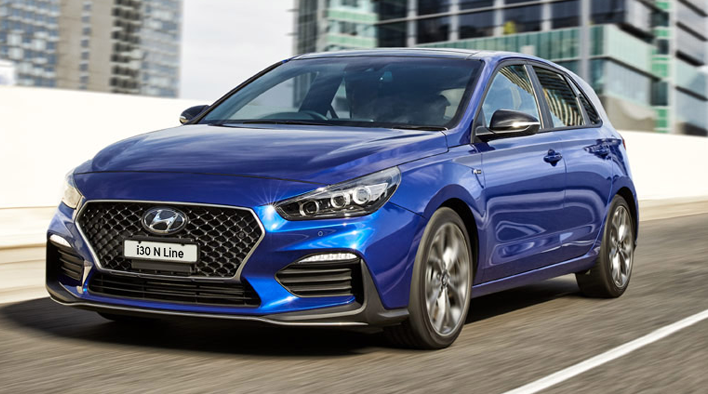 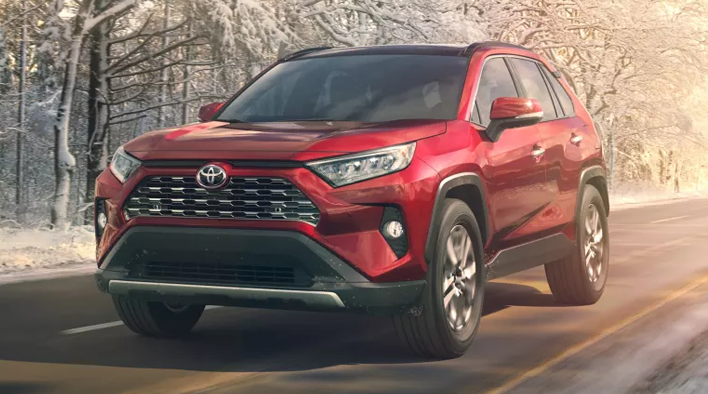 The mid-size SUV has been the Japanese carmaker’s most complete model last year. Available in 11 different ranges with a 6-speed manual or 6-speed automatic and 2WD or AWD options, the car offers motorists plenty of driving choices. The petrol-electric variant of the RAV4 also makes for a quiet and smooth driving at low speeds but capable to shift the car’s 1700kg kerb weight when pressed. Because of its popularity and advanced technology, it won the latest Drive Car of the Year.

Although the vehicle is not offered by Toyota Australia in its 2019 Plate Clearance, buyers can now buy the car at a lower price. Due to stop-sale orders made last year because of brake and wheel-fitting issues, plus the launch of the 2020 model, the base price for the 2019 RAV4 has now dropped to $27,750. Read the 2020 Toyota RAV4 Car Review for more details. 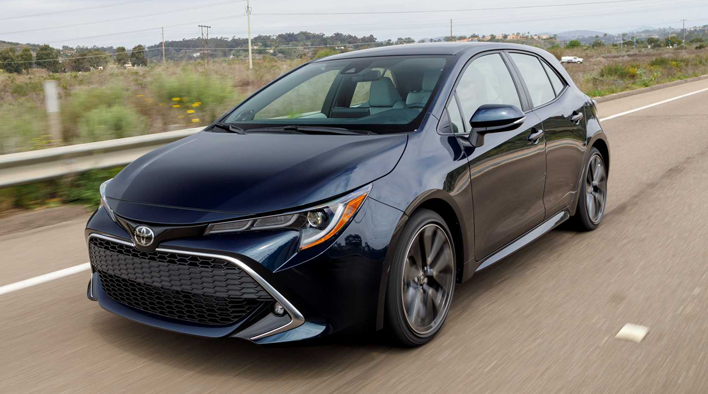 
The compact sedan is still one of the most popular cars in the Australian market, selling 2,229 units last November. Selling for an average price of $26,335, the small vehicle has attracted many buyers, including first-time car owners.

Just like other Toyota cars, the vehicle is available in multiple model ranges, including hatchback, sedan and hybrid.

This year, the base price for the 2019 Corolla has dropped to 19,800. It’s also one of the many 2019-plated Toyota models being offered at a discounted price in the 2019 Plate Clearance. 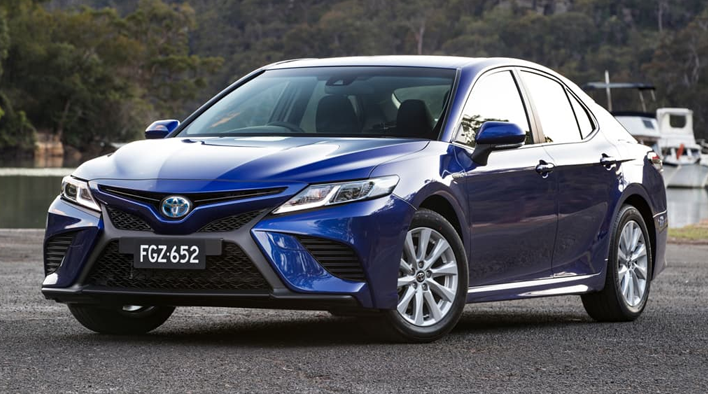 The Camry is one of Toyota’s models to transition into the hybrid market. It is offered in several model trims and options for petrol or hybrid engine. It features a high-tech infotainment system, including Apple CarPlay and Android Auto compatibility and is equipped with Toyota Safety Sense for additional safety. It also has multiple driving modes, including Sport, Eco, Normal and EV mode for hybrid models. 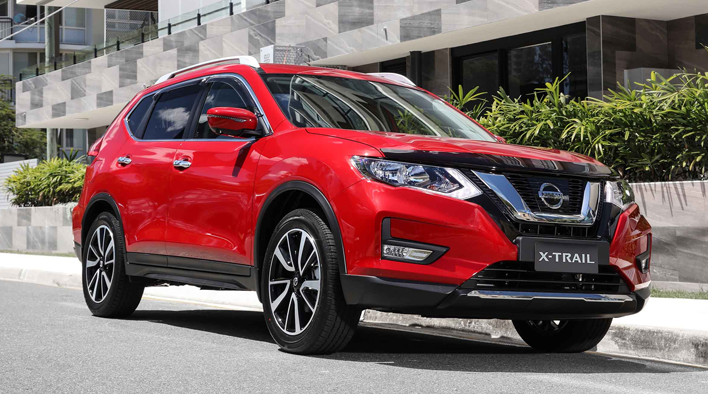 Available in a variety of types, including the ST, ST-L, N-Sport and T range, the latest generation X-Trail can run on petrol or diesel engine. It also has a high-tech driving system, which includes an Intelligent Cruise Control, Emergency Braking and Pedestrian Detection, Divide-n-Hide flexible cargo system, 7-inch touchscreen infotainment unit with built-in sat-nav, and hands-free Bluetooth and keyless entry.

The latest monthly report from the Federal Chamber of Automotive Industries on the top-selling cars in Australia has revealed that Toyota led the competitive market of 60 brands and more than 350 models. The Japanese carmaker generated 19.4 per cent market share, followed by Mazda with 9.2 per cent, Hyundai with 8.1 per cent, Mitsubishi with 7.8 per cent, and Ford with 6.0 per cent.

The unimpressive car sales has revealed 2019 as a tough year for the Australian economy due to various challenges including the tightening of lending, movements in exchange rates and slow wage growth. The devastating bushfires and extreme environmental factors that the country experience are also contributing factors to the low annual car sales.

How to Buy a Ute: Tips for First-Time Buyers

When is the Best Time to Buy a Car?