Several months after the Australian Competition and Consumer Commission (ACCC) issued a warning on faulty Takata airbag that affects thousands of vehicles running on the Australian roads, more than 155,000 cars are still not recalled.

With the looming 31 December 2020 deadline for suppliers of vehicles with defective Takata airbags to recall and replace all those that are affected, the ACCC has again relayed the urgency of the matter as time is running out. 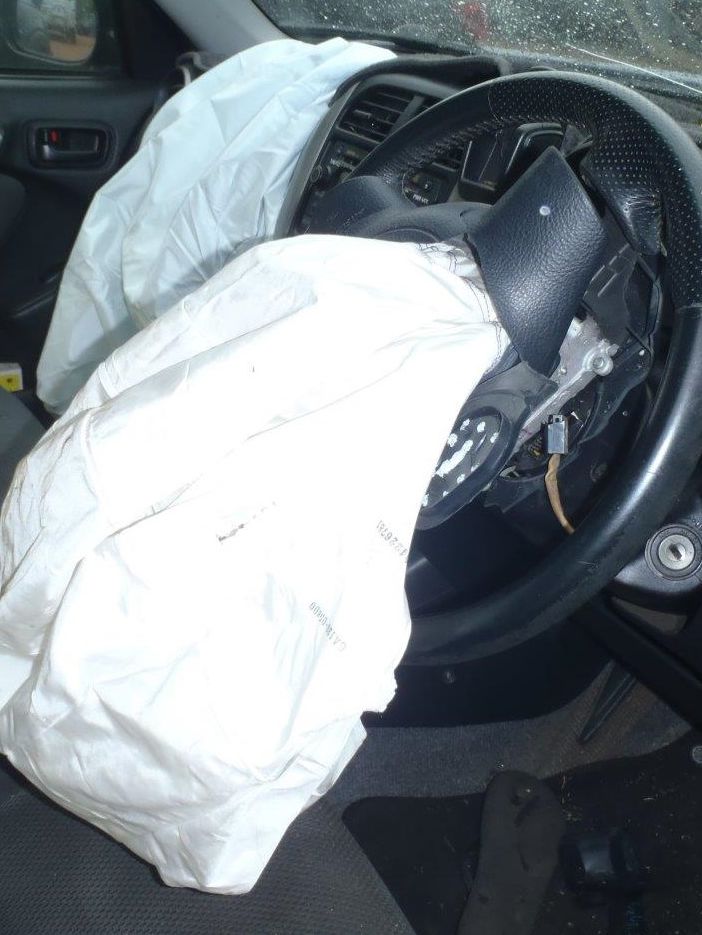 “These airbags are extremely dangerous and have the potential to misdeploy, sending sharp metal fragments into the vehicle cabin at high speed, with the potential to kill or seriously injure the occupants,” says ACCC Deputy Chair Delia Rickard.

“It is essential that you do not ignore or delay responding to notices about the recalls from your manufacturer. If your vehicle is under active recall, please act now to arrange for a free replacement.

“If your vehicle contains a ‘critical’ airbag, you should stop driving it immediately and contact the manufacturer to arrange for it to be towed or a technician to be sent to you so the airbag can be replaced.”

All car owners of affected vehicles are entitled to have their car towed to the dealership to have the airbag replaced for free.

Meanwhile, Aussie car owners who have imported their vehicle from overseas are advised to contact the Australian office of their car manufacturer to check if their vehicle is affected by the recall. Those who imported a car using a business in Australia must also check with the business and arrange any needed airbag replacements.

The ACCC has also warned that the affected cars with highly critical airbags will be de-registered from their states and territories and will not be allowed to re-register unless the affected airbag has been replaced.

The coronavirus pandemic lockdowns have affected the Takata airbag recall initiatives, especially in Victoria where car dealerships have been ordered to close until at least late September amid a stage-four lockdown.

Nevertheless, there has been steady progress on the recall of affected vehicles despite the pandemic. According to ACCC, more than 40,000 vehicles have had their airbags replaced from March to June while 2,250 vehicles have been identified as no longer on the road.

Since the compulsory recall started in March 2018, more than 3,100 airbags have also been replaced each day on average.

Not all car manufacturers that have installed faulty Takata airbags into their vehicles are eager to replace the faulty airbags. Some are offering “lemon buyback deals” to their consumers to "fix" the issue.

There have been reports of car owners that received letters from manufacturers warning that their cars are being recalled because of the faulty airbags. Instead of offering to replace the airbags, however, the car manufacturers proposed to buy the vehicle for a cheap price.

“The first offer was $950. We didn't know what to think about that, we thought it was a joke. We had to take the second offer. We didn’t have much other choices,” shared Queensland resident Natalie Friswell who owned an Audi.

Friswell’s family sold their Audi back to the carmaker for $1,300 before proceeding to take on a debt to buy a more expensive yet safe non-Takata Nissan x-Trail to replace the family car.

However, not all car owners fell into the buyback scheme. Some owners, like Anja Bos of Victoria, refused to accept Audi's low buyback offer and further declined to sign a letter of refusal from Audi which would hold her responsible for any injuries or fatalities if the airbag explode in the future. “I don't want to sell it. I want the airbags replaced. It means Audi has no responsibility and I carry it all,” she maintained.

While it is the car owner’s discretion to sell their affected vehicles to manufacturers, they should also consider if they’re short-changed in the process. Car manufacturers prefer to offer money to buy the affected vehicles than replace their airbags because it is cheaper than designing and engineering a new airbag for the older cars.

Time is Running Out

With only three months left for suppliers (car manufacturers or businesses that import and supply vehicles from overseas) to meet their replacement obligations, it is important to get the remaining cars with deadly airbags off the roads as soon as possible. After the deadline, they will no longer be held responsible for not having the faulty airbag replaced.

Car owners should be proactive in checking if their cars have faulty airbags and must have them replaced ASAP to prevent more deaths and injuries.

If their vehicle is under active recall, they must contact the supplier to arrange the replacement of the affected Takata airbag immediately.

Car owners can check if their vehicle is affected by the recall on www.ismyairbagsafe.com.au.